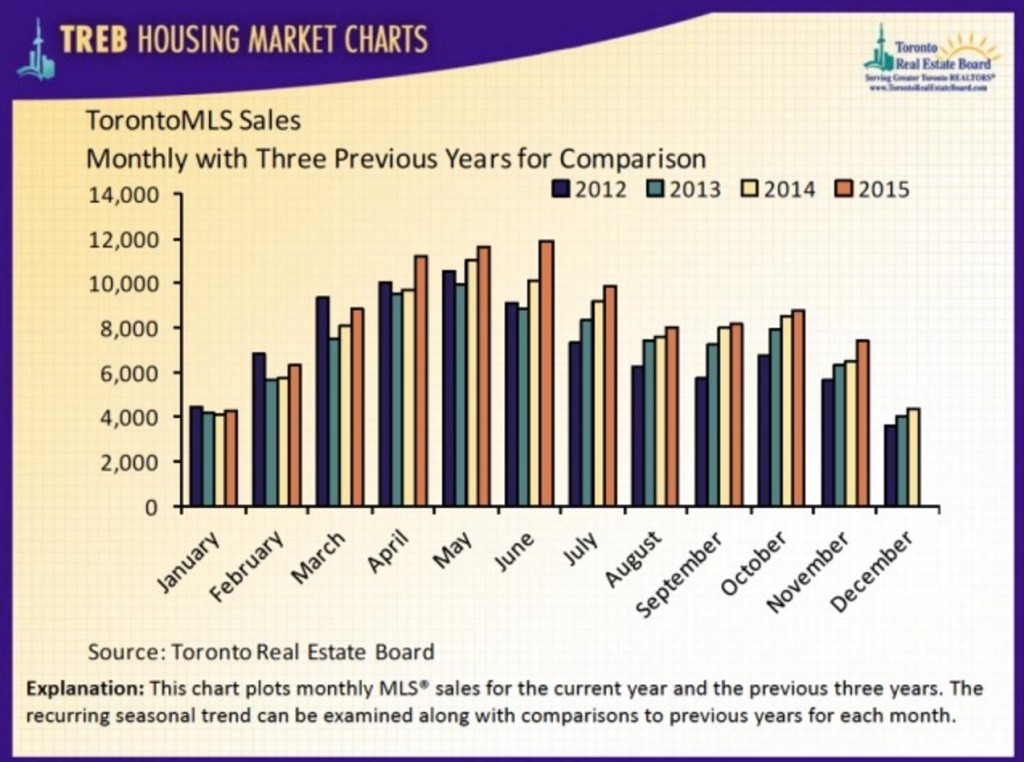 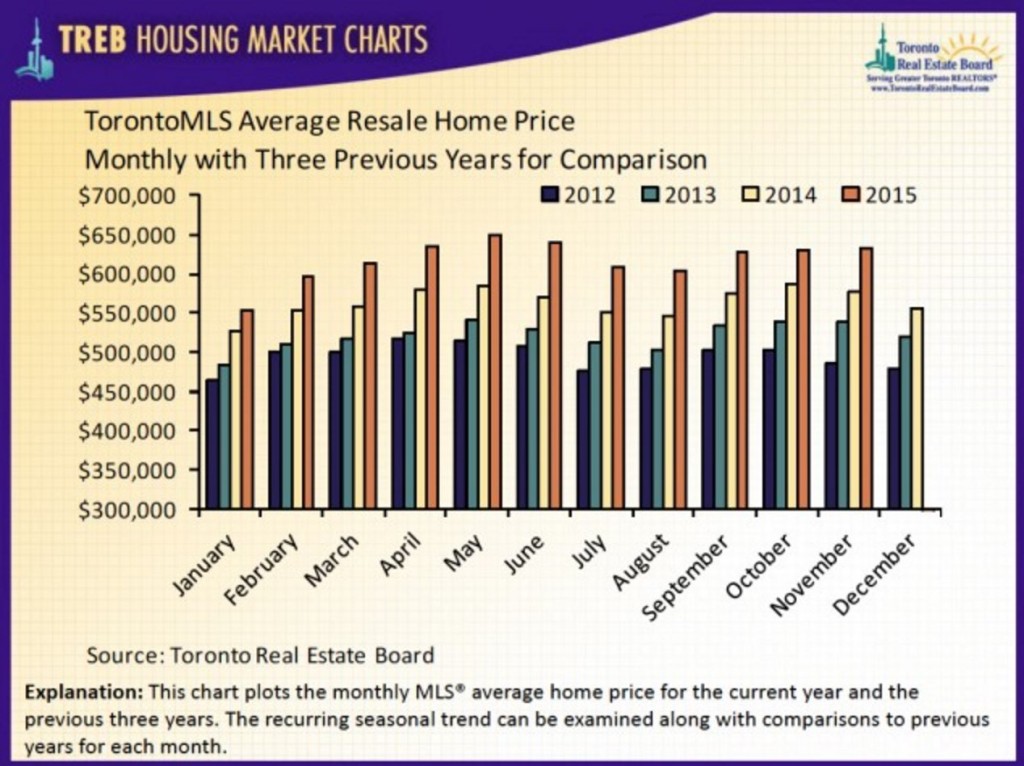 TORONTO, December 3, 2015 — Toronto Real Estate Board President Mark McLean announced that Greater Toronto Area REALTORS® reported 7,385 home sales through TREB’s MLS® System in November 2015 – up by 14 per cent compared to November 2014.  This result also represented the best result on record for the month of November.  Sales through the first eleven months of 2015 amounted to 96,401.

“Not only did we see a record sales result for November, but with one month left to go in 2015, we have already set a new calendar year record for home sales in the TREB market area, eclipsing the previous record set in 2007.  Sales were up on a year-over-year basis for all major home types, both in the City of Toronto and surrounding regions.  This suggests that the demand for ownership housing is widespread, from first-time buyers to long-time homeowners across the GTA,” said Mr. McLean.

The MLS® Home Price Index (HPI) Composite Benchmark was up by 10.3 per cent year over year in November.  The average selling price for all transactions was also up by a similar annual rate of 9.6 per cent to $632,685.  Annual rates of average price growth for November and the first eleven months of 2015 were similar, with the strongest rates of increase being reported for low-rise home types, including detached and semi-detached houses and townhouses.

“Demand for ownership housing has remained strong in the GTA throughout 2015, with sales generally increasing at a greater annual rate compared to new listings.  This means that competition between buyers has strengthened in many neighbourhoods in the City of Toronto and surrounding regions.  The end result has been upward pressure on home prices well above the rate of inflation in most cases,” said Jason Mercer, TREB’s Director of Market Analysis.