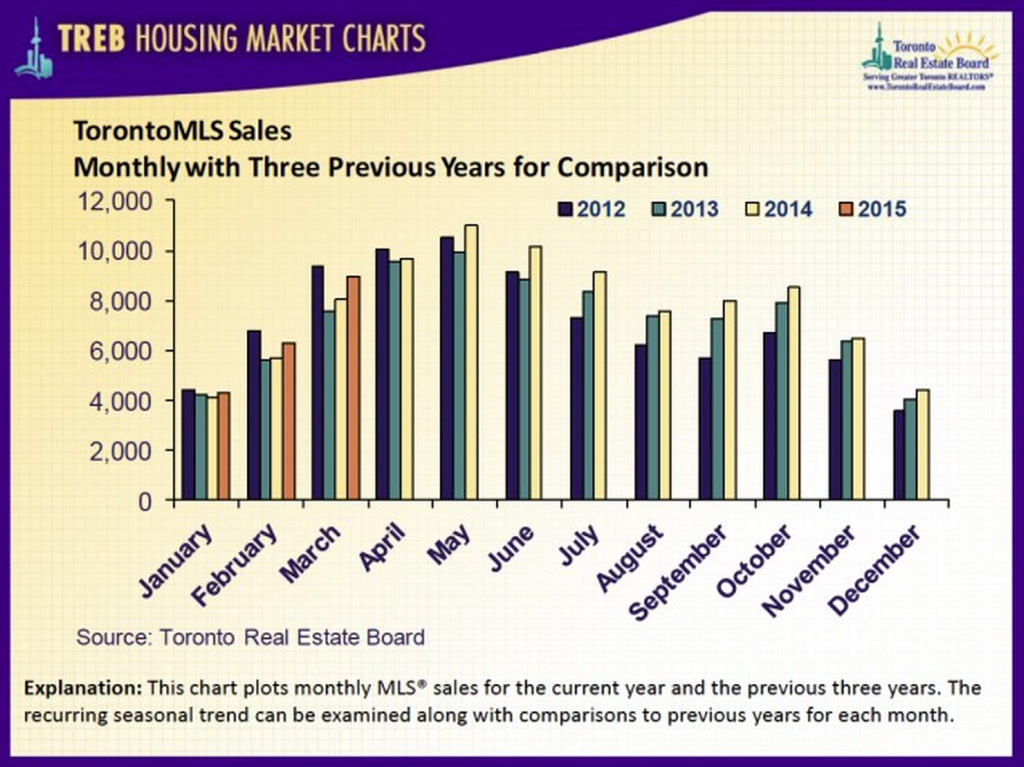 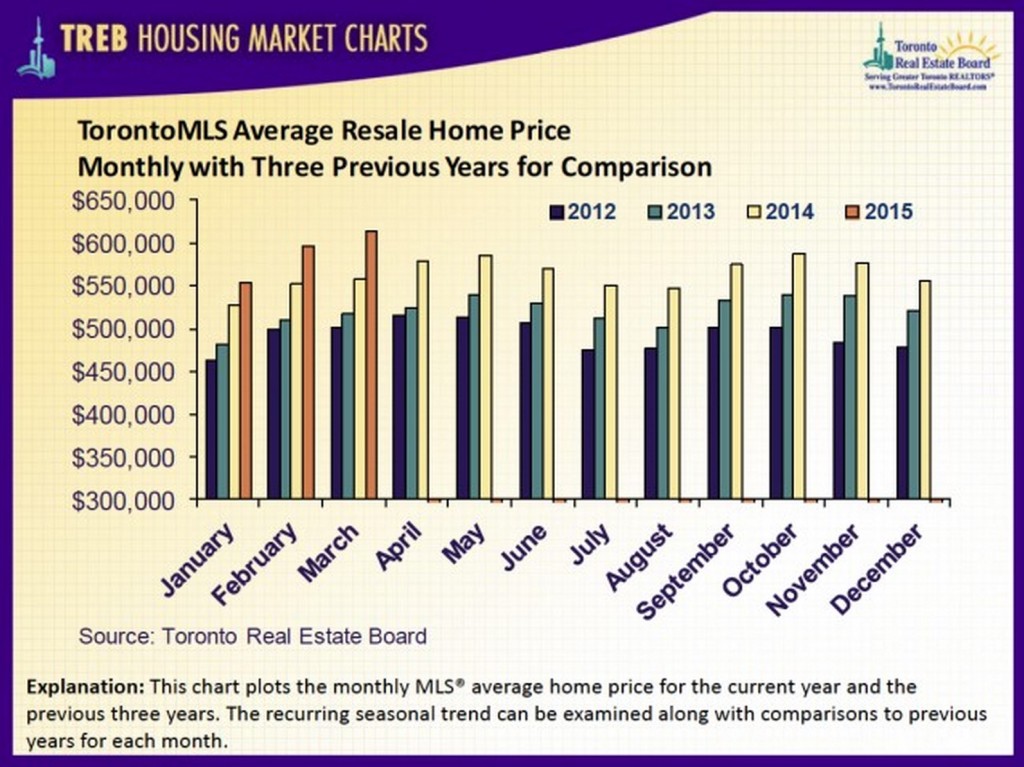 TORONTO, April 7, 2015 — Toronto Real Estate Board President Paul Etherington announced that Greater Toronto Area REALTORS® reported 8,940 sales in March 2015.  This result represented an 11 per cent increase compared to March 2014.  Sales were up for most major home types, both in the City of Toronto and the surrounding regions.  New listings were also up, but by a lesser 5.5 per cent, indicating tighter market conditions.

“Home sales increased compared to last year as the cost of home ownership remained affordable, with lower interest rates going a long way to mitigate the effect of rising home prices.  However, a substantial amount of pent-up demand remains in place, especially as it relates to low-rise market segments.  This suggests that strong competition between buyers, which has fuelled strong price growth so far this year, will continue to be experienced throughout the spring,” said Mr. Etherington.

In March, the average selling price for all reported transactions was $613,933 – up 10 per cent year-over-year. The MLS® HPI Composite Index, which tracks benchmark homes with the same attributes from one period to the next, was up by 7.9 per cent. Average price growth was strongest for detached homes in the City of Toronto, at 15.9 per cent. Over the same period the detached MLS® HPI in the ‘416’ area code increased 7.8 per cent.

The MLS® HPI provides a clear indication of price growth due to market forces – the relationship between demand and supply. Comparing MLS® HPI growth to average price growth provides a sense of the changing mix of home types sold from one period to the next.

“It is clear that seller’s market conditions in many parts of the GTA are driving price growth. However, looking at the detached market segment in the City of Toronto in particular, growth in the average selling price outstripped growth in the MLS® HPI. This points to the fact that the mix of detached homes sold this year compared to last has shifted towards more expensive properties,” said Jason Mercer, TREB’s Director of Market Analysis