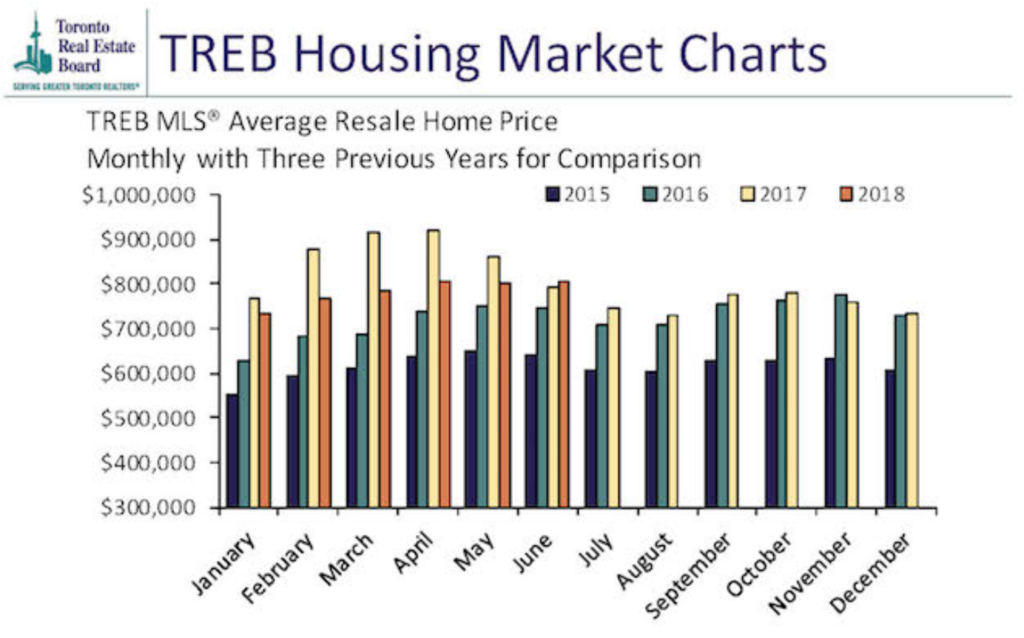 TORONTO, July 5, 2018 — Toronto Real Estate Board President Garry Bhaura, in his first market release as TREB President, is pleased to announce some positive signs with respect to the housing market.

Greater Toronto Area REALTORS® reported 8,082 home sales through TREB’s MLS® System in June 2018 – up 2.4 per cent compared to the low June 2017 result.  After preliminary seasonal adjustment, sales were also up 17.6 per cent on a monthly basis between May 2018 and June 2018, continuing the trend of somewhat volatile month-over-month changes over the past year as home buyers reacted to various policy changes impacting the market. 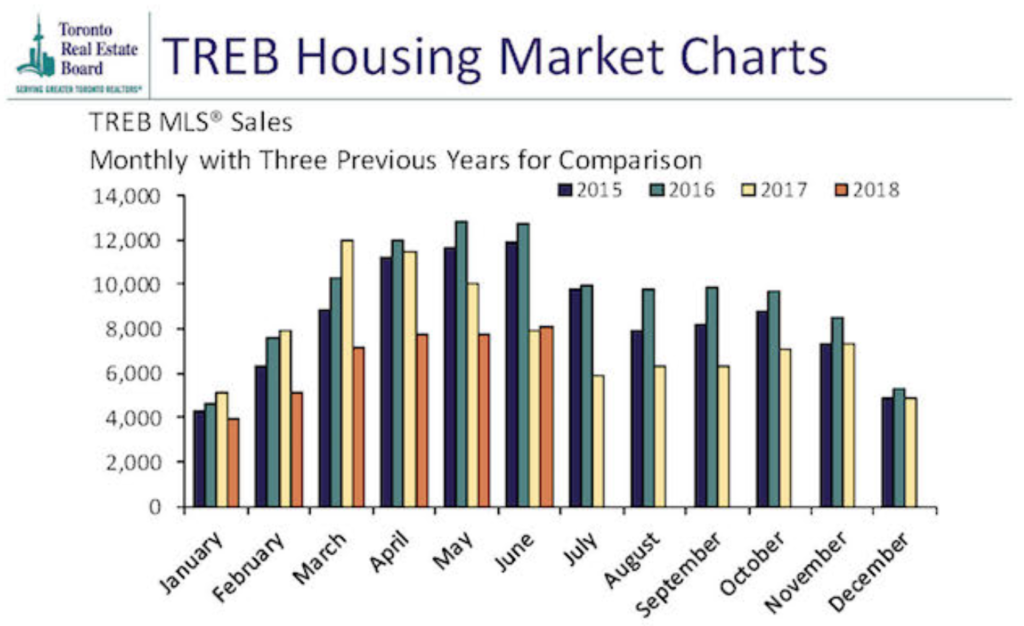 “Home ownership has proven to be a positive long-term investment.  After some adjustment to the Fair Housing Plan, the new Office of The Superintendent of Financial Institutions (OSFI) stress test requirement and generally higher borrowing costs, home buyers are starting to move back into the market, with sales trending up from last year’s lows.  Market conditions appear to be tightening, with sales accounting for a greater share of listings, as new listings have dropped compared to last year,” said Mr. Bhaura.

The average selling price edged up by two per cent on a year-over-year basis to $807,871 in June 2018.  After preliminary seasonal adjustment, the average selling price was also up by 3.3 per cent month-over-month between May 2018 and June 2018.  The MLS® Home Price Index (HPI) was down by 4.8 per cent on a year-over-year basis, but remained basically flat month-over-month.  The difference in the year-over-year rates of change between the average price and the MLS® HPI was likely due, at least in part, to a change in the mix of properties sold in June 2018 compared to June 2017, with low-rise home types accounting for a greater share of sales in June 2018.

“The expectation is to see improvement in sales over the next year.  Over the same period, however, it is likely that issues surrounding the supply of listings will persist.  This suggests that competition between buyers could increase, exerting increased upward pressure on home prices.  With a new provincial government in place and municipal elections on the horizon, housing supply should be top-of-mind for policy makers,” said Jason Mercer, TREB’s Director of Market Analysis and Service Channels.

With a new provincial government at Queen’s Park and municipal election campaigns underway, Toronto REALTORS® are continuing to speak out for home buyers, sellers, and renters.

“We look forward to working with all returning and newly elected MPPs, and speaking out during the municipal election campaign, to ensure that home ownership and housing affordability issues are a top priority for elected officials. In this regard, one of the most important issues is ensuring that no new municipal land transfer taxes are imposed on home buyers. We hope the new provincial government and municipal election candidates will represent the views of the people on this issue, which are clear: they oppose land transfer taxes because they are a barrier to home ownership and discourage individuals and families from ‘right-sizing’, further constraining the supply of homes available for purchase”, said Mr. Bhaura.