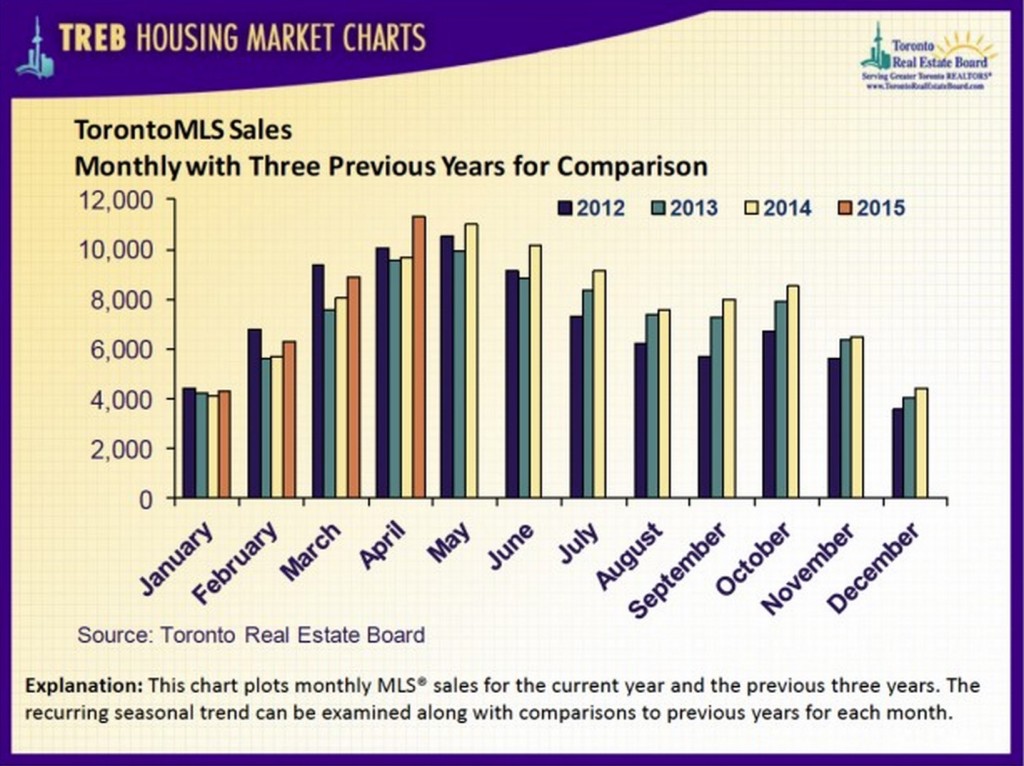 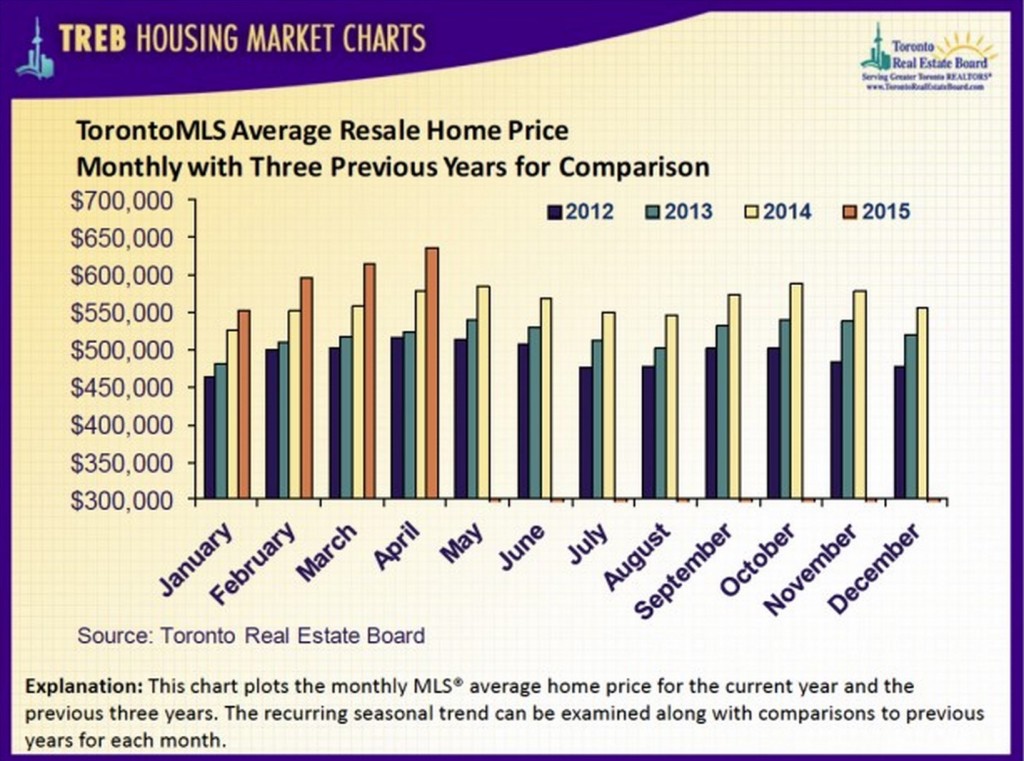 TORONTO, May 5, 2015 — Toronto Real Estate Board President Paul Etherington announced that Greater Toronto Area REALTORS® reported 11,303 sales in April 2015.  This was the highest sales result on record for the month of April and represented a 17 per cent increase in comparison to April 2014.  While sales increased strongly on a year-over-year basis, new listings were up over the same period by a more moderate five per cent.

“The record April result clearly points to the fact that a growing number of GTA households view ownership housing as a high quality long-term investment.  This is evidenced by the strong sales growth we have experienced in Toronto and surrounding regions for all major home types.  First-time buyers and existing homeowners remain very active in today’s market,” said Mr. Etherington.

The overall average selling price, which accounts for all homes reported sold by GTA REALTORS® in April 2015, was up by 10 per cent year-over-year to $635,932.  The MLS® Home Price Index (HPI) composite benchmark, which estimates the price of a benchmark home with the same attributes from one period to the next, was up by 8.4 per cent over the same period.  The fact that average price growth outpaced growth for the MLS® HPI Composite Benchmark, suggests that a greater share of higher-end homes changed hands this year compared to last.

Irrespective of the indicator used, price growth in the GTA was strongest for low-rise home types.  However, the better supplied condominium apartment segment also remained healthy with price growth above the rate of inflation.

“Demand for ownership housing was very high relative to the number of homes available for sale in April.  This situation is not expected to change markedly as we move through the remainder of 2015.  Until we experience a sustained period in which listings grow at a faster pace than sales, annual rates of home price growth will remain strong,” said Jason Mercer, TREB’s Director of Market Analysis.