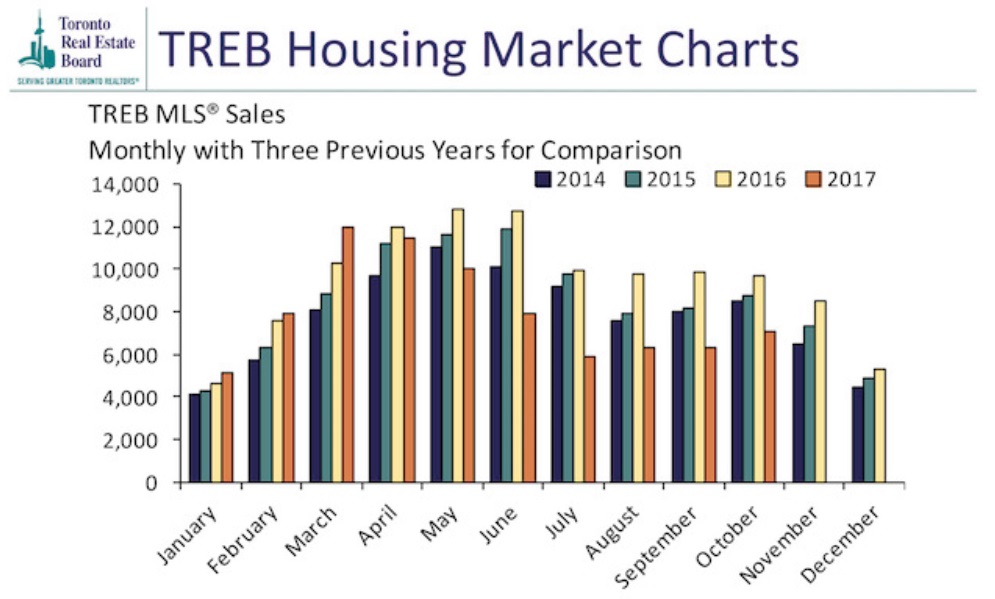 “Every year we generally see a jump in sales between September and October.  However, this year that increase was more pronounced than usual compared to the previous ten years.  So, while the number of transactions was still down relative to last year’s record pace, it certainly does appear that sales momentum is picking up,” said Mr. Syrianos. 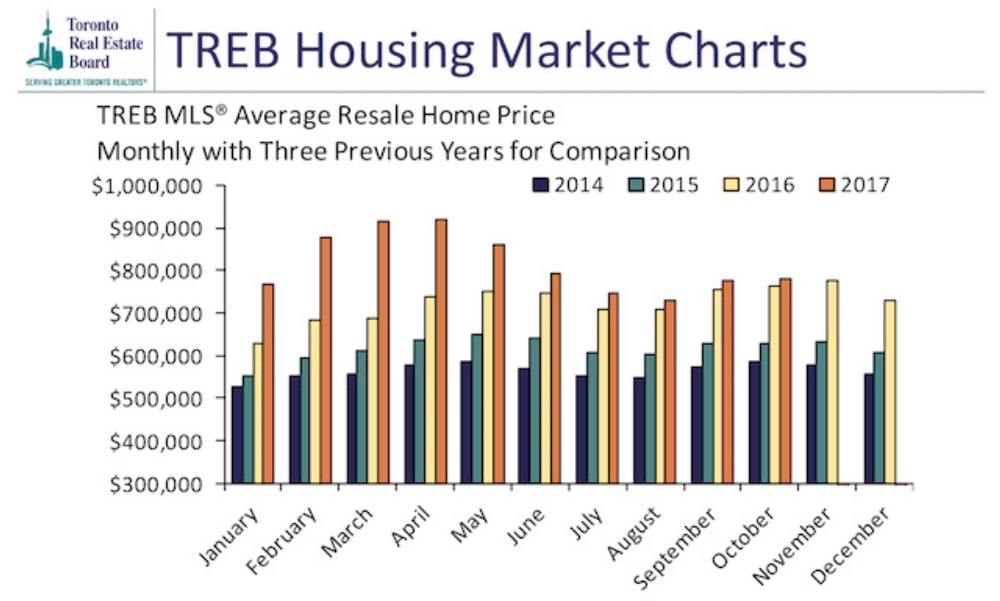 The MLS® Home Price Index Composite benchmark price was up by 9.7 per cent on a year-over-year basis in October.  Annual rates of price growth were strongest for townhouses and condominium apartments.  The average selling price for October transactions was $780,104 – up by 2.3 per cent compared to the average of $762,691 in October 2016.

“The housing market in the GTA has been impacted by a number of policy changes at the provincial and federal levels.  Similar to the track followed in the Greater Vancouver Area, it appears that the psychological impact of the Fair Housing Plan, including the tax on foreign buyers, is starting to unwind,” said Jason Mercer, TREB’s Director of Market Analysis.

“TREB will be undertaking its annual consumer polling process over the last two months of 2017.  This polling will include research into the impact of recent and proposed government policy changes on consumer intentions to buy and sell homes in the GTA, including the impacts of the new OSFI guideline and a potential vacancy tax in the City of Toronto.  In addition, TREB continues to work with different levels of government on solutions to the long-term housing supply issues in the region,” added Mr. Syrianos.