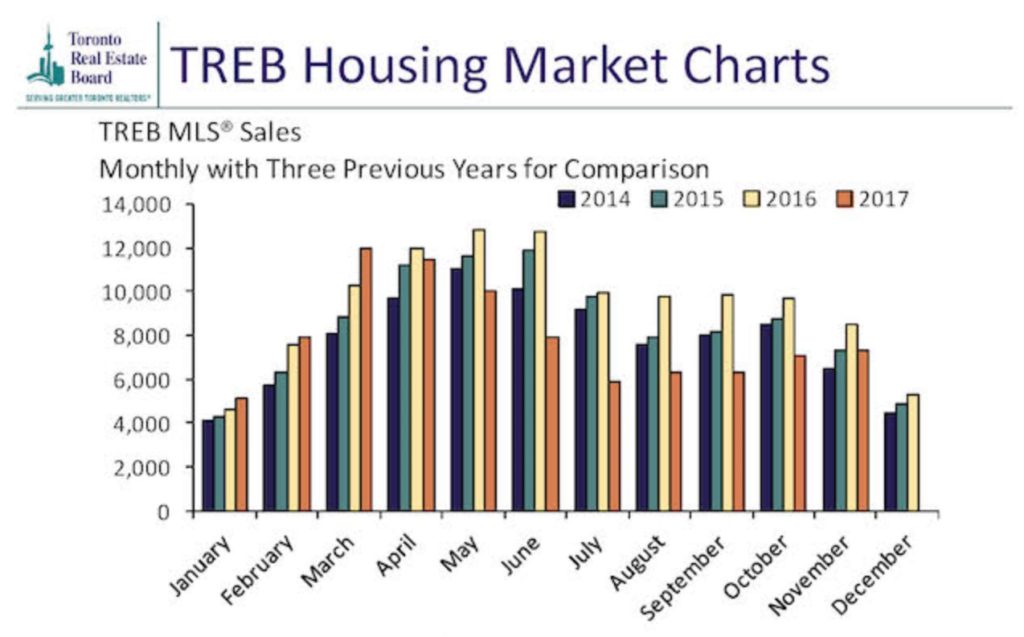 Toronto Real Estate Board President Tim Syrianos announced that Greater Toronto Area REALTORS® reported 7,374 transactions through TREB’s MLS® System in November 2017. This result was up compared to October 2017, bucking the regular seasonal trend.  On a year-over-year basis, sales were down by 13.3 per cent compared to November 2016.

New listings entered into TREB’s MLS® System in November 2017 amounted to 14,349 – up by 37.2 per cent compared to November 2016, when the supply of listings was very low from a historic perspective.

“We have seen an uptick in demand for ownership housing in the GTA this fall, over and above the regular seasonal trend.  Similar to the Greater Vancouver experience, the impact of the Ontario Fair Housing Plan and particularly the foreign buyer tax may be starting to wane.  On top of this, it is also possible that the upcoming changes to mortgage lending guidelines, which come into effect in January, have prompted some households to speed up their home buying decision,” said Mr. Syrianos. 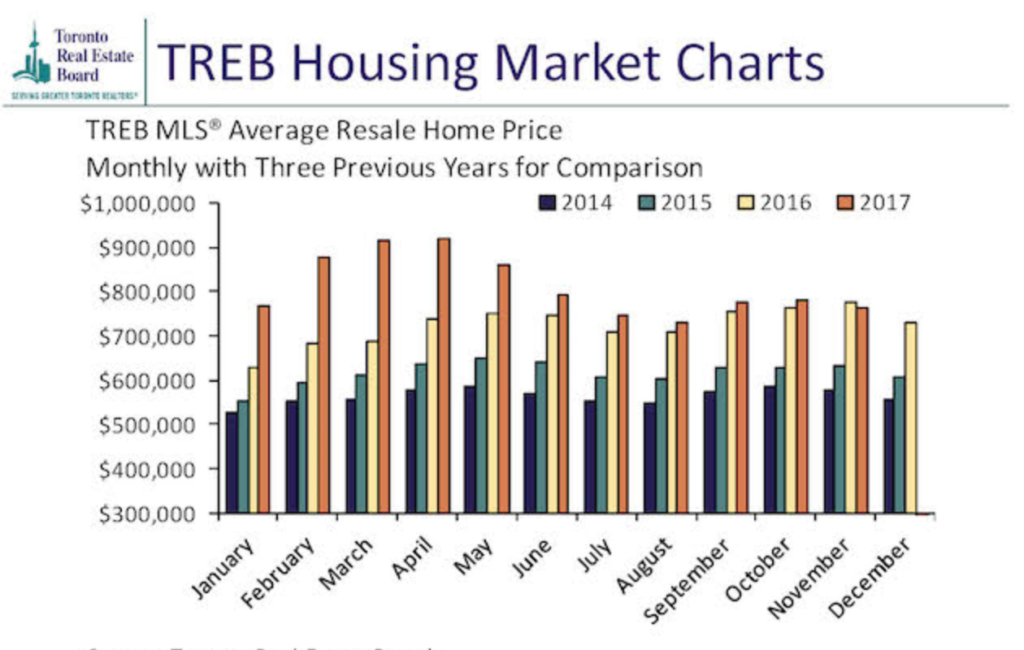 The MLS® Home Price Index (HPI) composite benchmark price was up by 8.4 per cent on a year-over-year basis in November 2017.  The average selling price for all home types combined was down by two per cent compared to November 2016, due in large part to a smaller share of detached home sales versus last year.  On a year-to-date basis, the average selling price was up by 13.4 per cent compared to the same period last year.  High density home types continued to lead the way in terms of price growth, with the average condominium apartment price up by double-digits compared to November 2016.

“Changes in market conditions have not been uniform across market segments.  In line with insights from consumer polling undertaken by Ipsos in the spring, we are still seeing seller’s market conditions for townhouses and condominium apartments in many neighbourhoods versus more balanced market conditions for detached and semi-detached houses.  We will have more insights to share about consumer intentions for 2018 at the end of January when TREB releases its third annual Market Year in Review and Outlook report,” said Jason Mercer, TREB’s Director of Market Analysis.