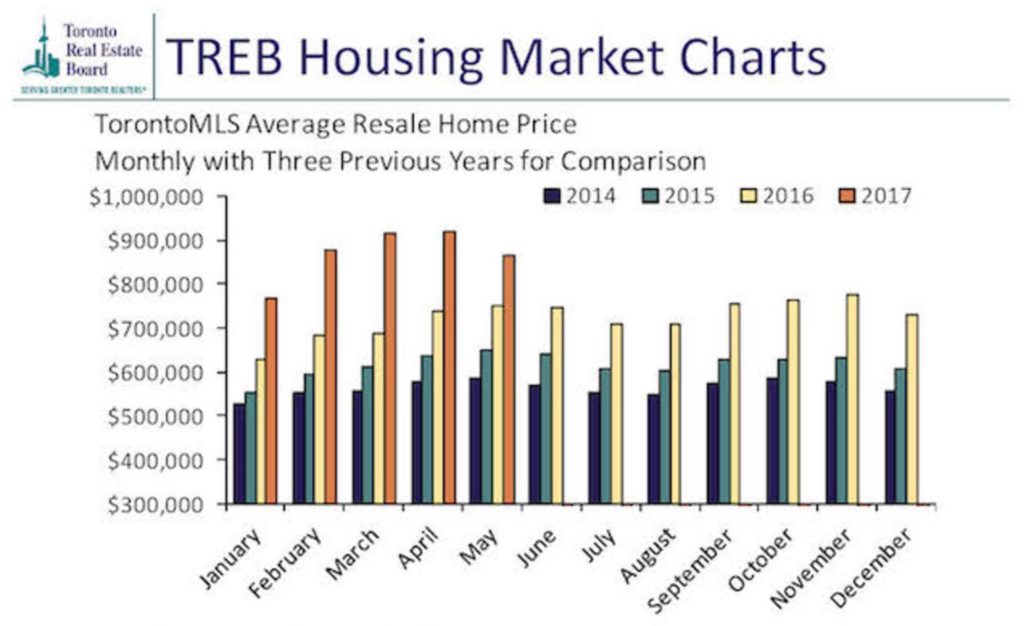 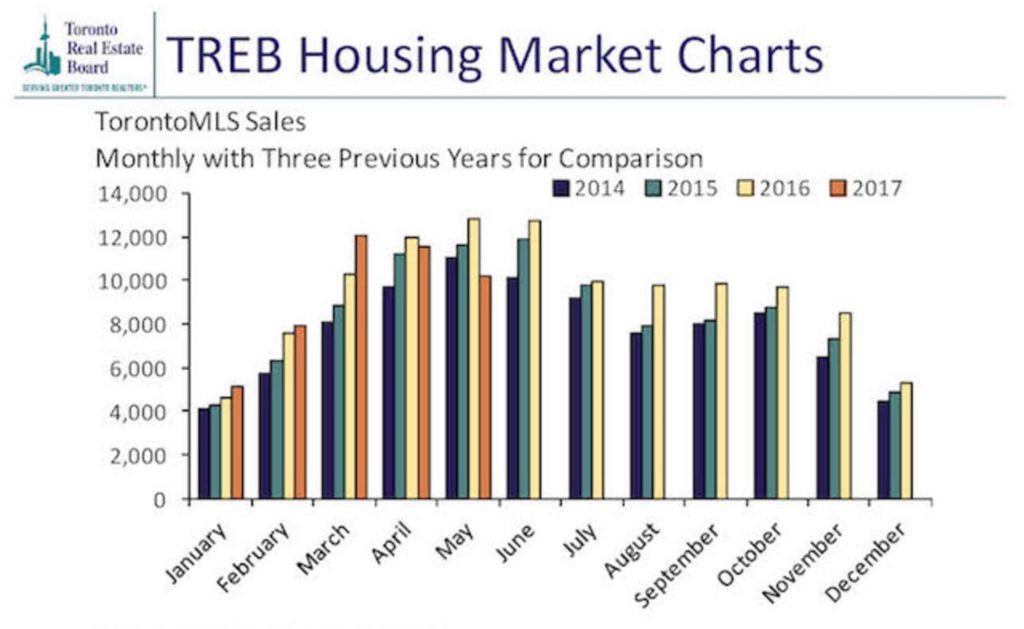 The supply of listings was up strongly over the same period.  Active listings – the number of properties available for sale – at the end of May were up by 42.9 per cent compared to the record low a year earlier.  The number increased considerably for low-rise home types including detached and semi-detached houses and townhouses.  Active listings for condominium apartments were down compared to May 2016.

“Home buyers definitely benefitted from a better supplied market in May, both in comparison to the same time last year and to the first four months of 2017.  However, even with the robust increase in active listings, inventory levels remain low.  At the end of May, we had less than two months of inventory.  This is why we continued to see very strong annual rates of price growth, albeit lower than the peak growth rates earlier this year,” said Mr. Cerqua.

Selling prices continued to increase strongly in May compared to the same month in 2016.  The MLS® HPI Composite Benchmark price was up by 29 per cent year-over-year.  The average selling price for all home types combined for the TREB Market Area as a whole was up by 14.9 per cent to $863,910.  Year-over-year price increases were greater for condominium apartments compared to low-rise home types.  This likely reflects the fact that the low-rise market segments benefitted most from the increase in listings.

“The actual, or normalized, effect of the Ontario Fair Housing Plan remains to be seen.  In the past, some housing policy changes have initially led to an overreaction on the part of homeowners and buyers, which later balanced out.  On the listings front, the increase in active listings suggests that homeowners, after a protracted delay, are starting to react to the strong price growth we’ve experienced over the past year by listing their home for sale to take advantage of these equity gains,” said Jason Mercer, TREB’s Director of Market Analysis.