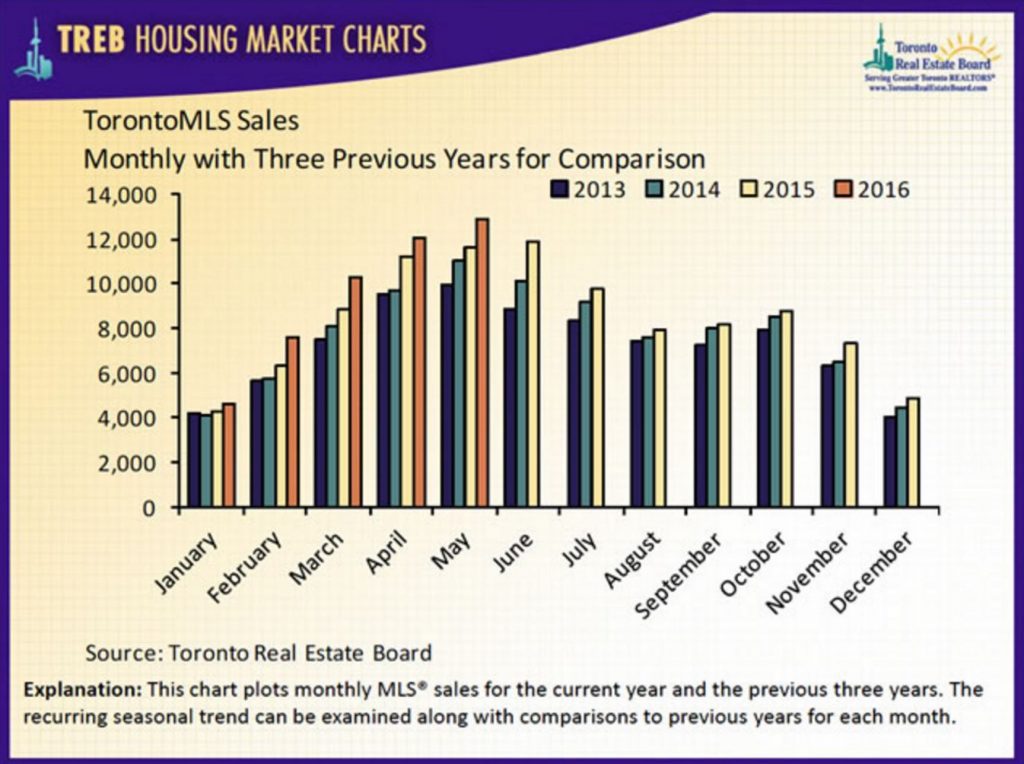 TORONTO, June 3, 2016 — Toronto Real Estate Board President Mark McLean announced that there were 12,870 home sales reported through TREB’s MLS® System in May 2016. This result represented a new record for the month of May and a 10.6 per cent increase over the same period last year. In contrast, the number of new listings was down over the same time frame by 6.4 per cent. The decline in listings was experienced in both the low-rise and condominium apartment market segments.

“Whether we’re talking about existing homeowners or people looking to purchase for the first time, there is no shortage of buyers in the marketplace today. So, while the record number of home sales through the first five months of 2016 is not necessarily surprising, it does sometimes mask the larger story in the GTA: the shortage of listings, which has resulted in strong upward pressure on home prices,” said Mr. McLean.

The MLS® Home Price Index Composite Benchmark was up by 15 per cent year-over-year in May 2016. Similarly, the average selling price for all home types combined was up by 15.7 per cent over the same period. Low-rise home types, which remained in short supply in many GTA neighbourhoods, experienced the strongest price growth.

“Widespread competition between buyers of singles, semis and townhouses across the GTA has underpinned the robust annual rates of price growth experienced so far this year. With this said, however, it is also important to understand that tighter market conditions for condominium apartments have resulted in price growth well above the rate of inflation in this market segment as well,” said Jason Mercer, TREB’s Director of Market Analysis.