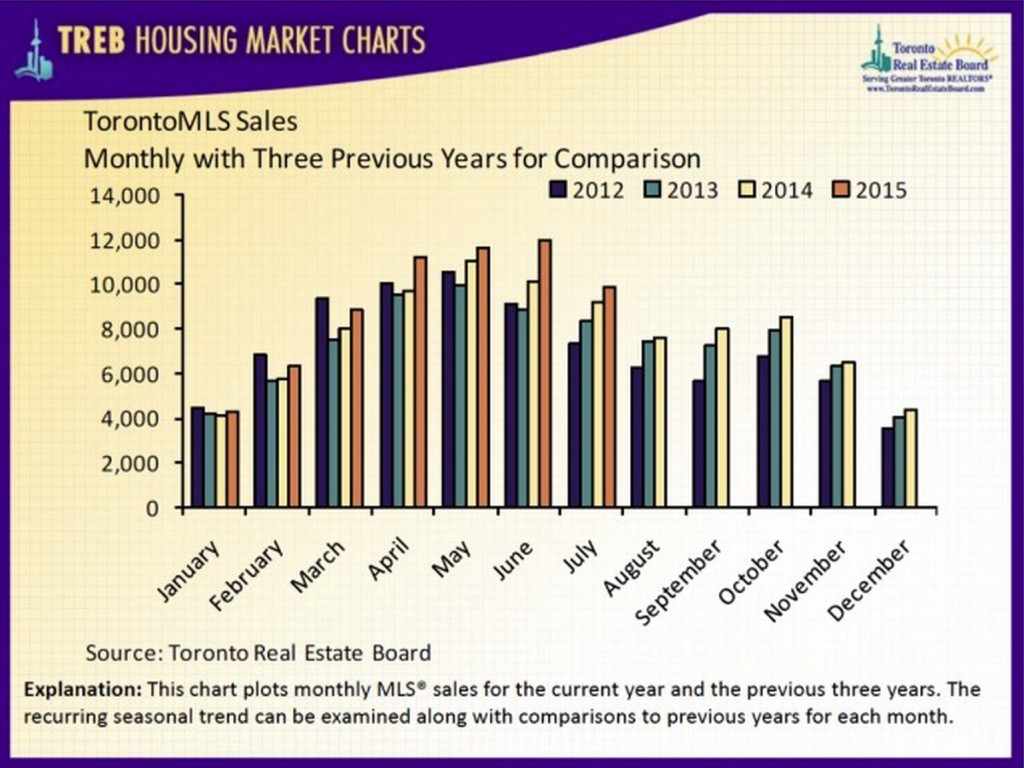 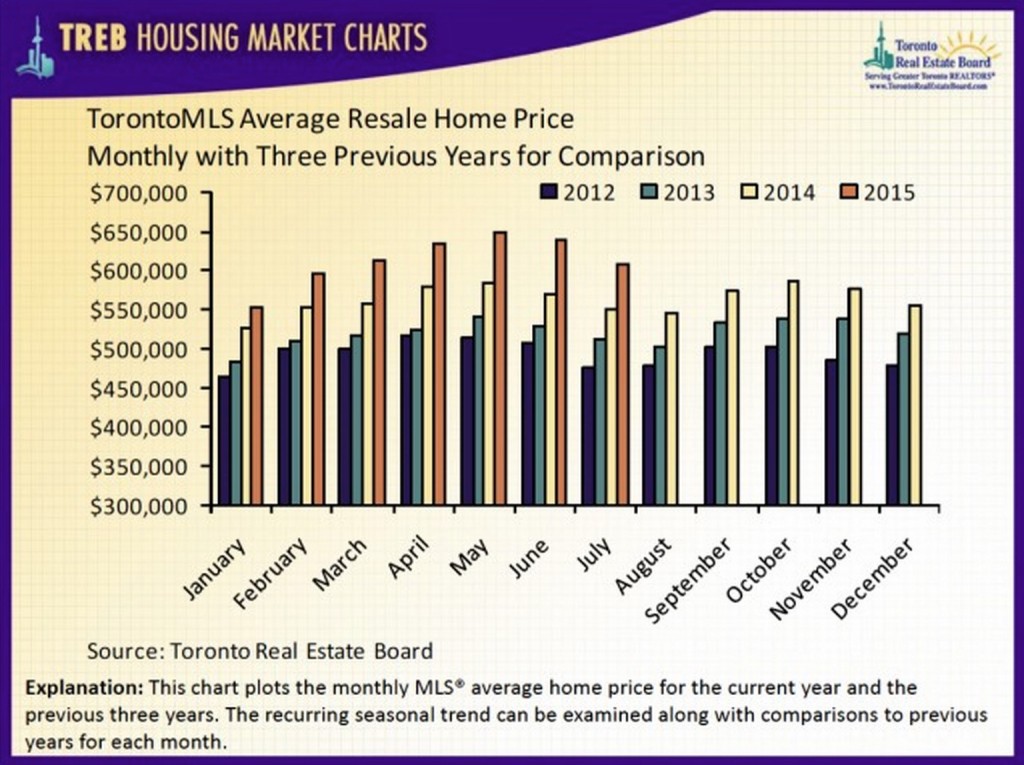 “As we move towards a new record for home sales this year, it is important to point out that home ownership demand has been driven not only by low borrowing costs, but also by the fact that the GTA economy has been performing quite well, with the unemployment rate lower compared to last year. Home buyers remain confident in the long-term benefits of owning a home,” said Mr. McLean.

The MLS® Home Price Index (HPI) Composite Benchmark, which accounts for benchmark home prices in communities throughout the TREB market area, was up by 9.4 per cent year-over-year in July 2015.  Over the same period, the average selling price was up by a slightly greater amount, growing by 10.6 per cent annually to $609,236.

Detached homes continued to lead the way in terms of price increases, with annual growth in the average selling price outstripping growth in the MLS® HPI detached benchmark. This suggests that there continued to be a greater share of high-end homes sold this year compared to last.

“With the level of inventory in the GTA trending below two months, many listings continued to generate a lot of interest from buyers. Not surprisingly, this supported further price increases well-above the rate of inflation. Assuming similar interest rate and economic environments over the next five months, strong price growth will remain the norm for the rest of 2015,” said Jason Mercer, TREB’s Director of Market Analysis.