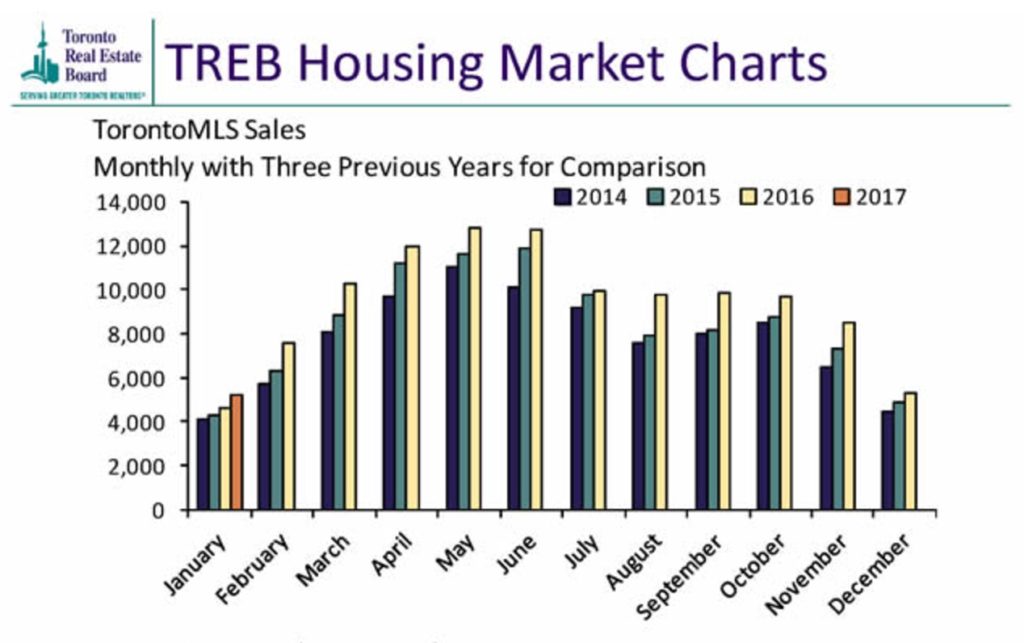 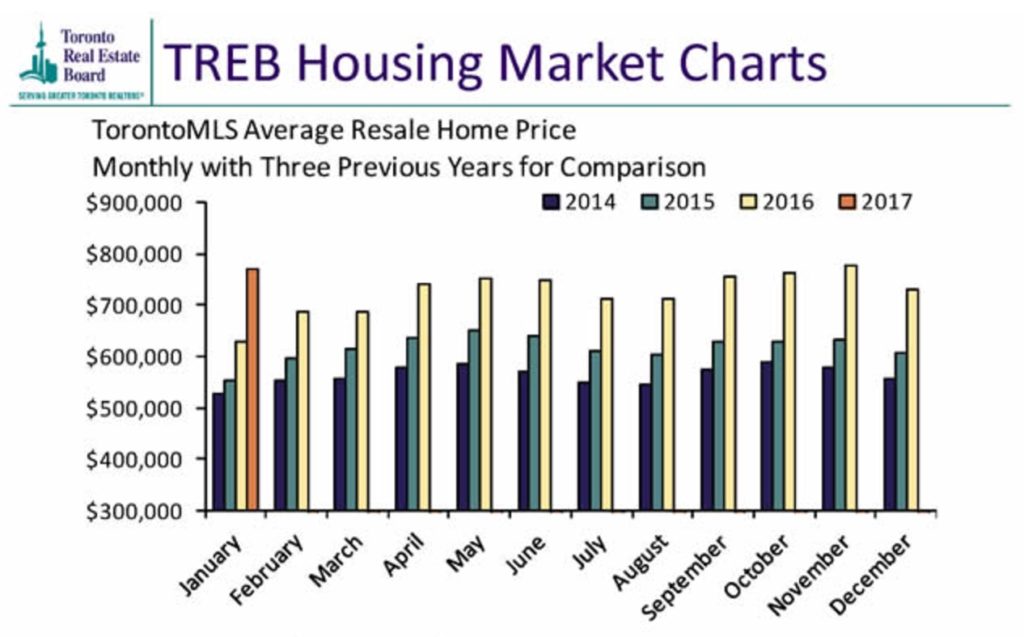 TORONTO, February 3, 2017 — Toronto Real Estate Board President Larry Cerqua announced that Greater Toronto Area REALTORS® reported 5,188 residential transactions through TREB’s MLS® System in January 2017. This result was up by 11.8 per cent compared to 4,640 sales reported in January 2016. Annual rates of sales growth were higher for condominium apartments than for low-rise home types.

January 2017 picked up where 2016 left off: sales were up on a year-over-year basis while the number of new listings was down by double-digit annual rates for most major home types.

“Home ownership continues to be a great investment and remains very important to the majority of GTA households. As we move through 2017, we expect the demand for ownership housing to remain strong, including demand from first-time buyers who, according to a recent Ipsos survey, could account for more than half of transactions this year. However, many of these would-be buyers will have problems finding a home that meets their needs in a market with very little inventory,” said Cerqua.

“The number of active listings on TREB’s MLS® System at the end of January was essentially half of what was reported as available at the same time last year.  That statistic, on its own, tells us that there is a serious supply problem in the GTA – a problem that will continue to play itself out in 2017.  The result will be very strong price growth for all home types again this year,” said Jason Mercer, TREB’s Director of Market Analysis.