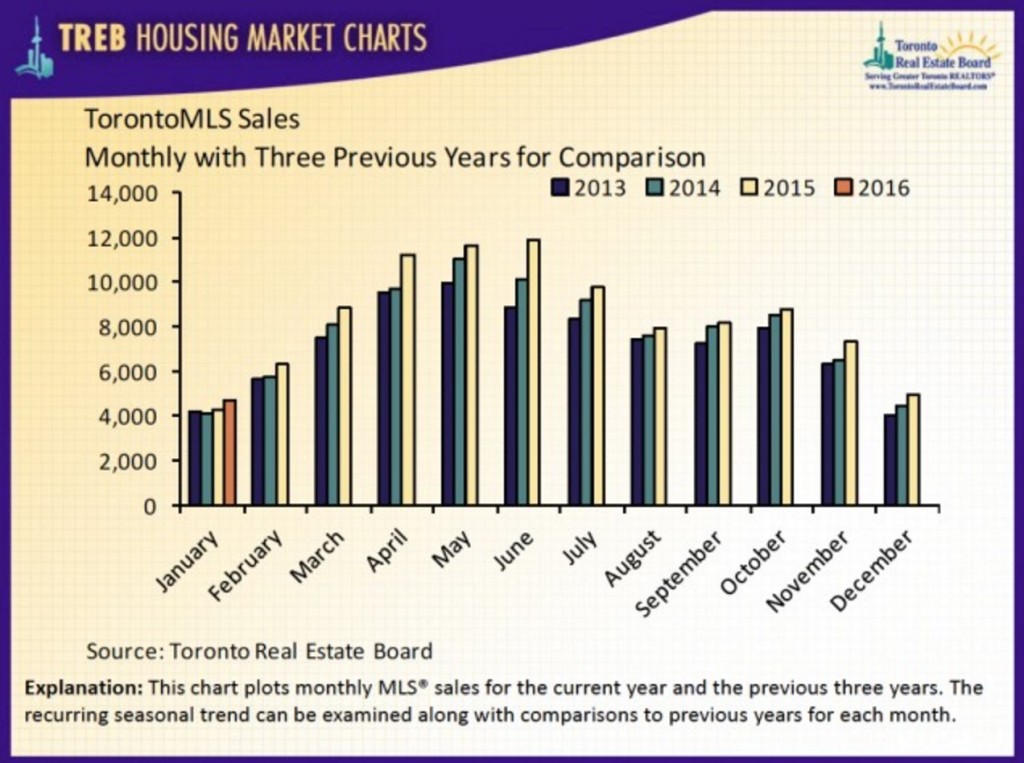 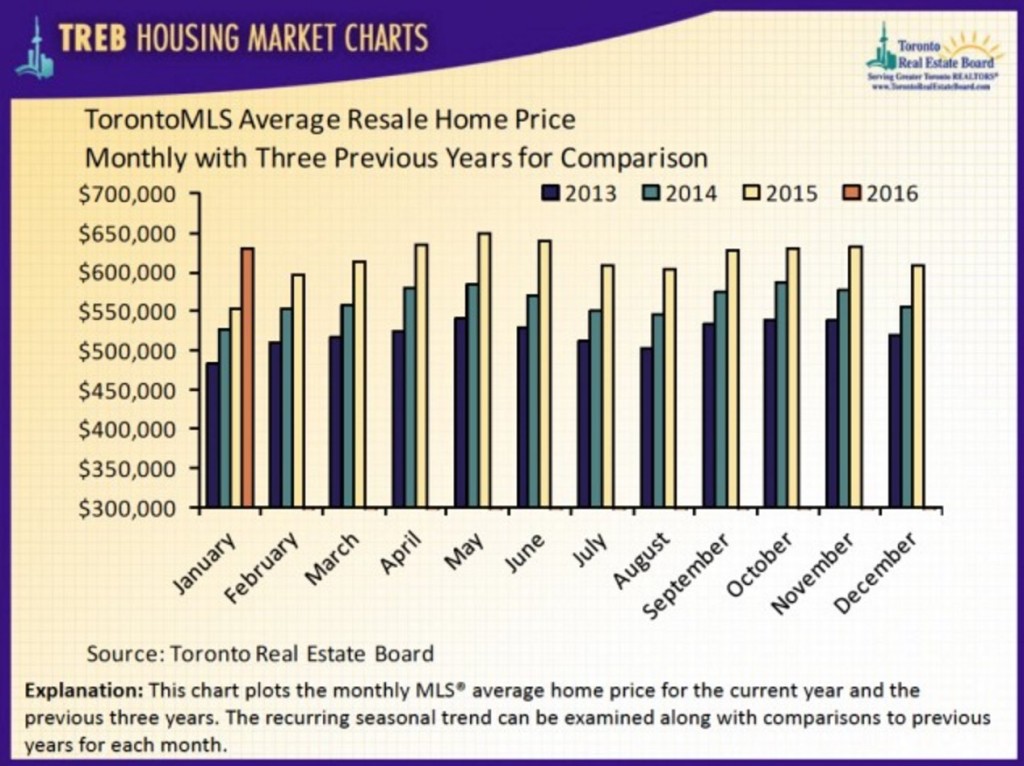 “It is clear that the handoff from 2015 to 2016 was a strong one.  This is not surprising given that recent polling conducted for TREB by Ipsos suggested 12 per cent of GTA households were seriously considering the purchase of a home in 2016.  Buying intentions are strong for this year as households continue to see home ownership as an affordable long-term investment,” said McLean.

The MLS® Home Price Index Composite Benchmark Price for January 2015 was up by 11.2 per cent on a year-over-year basis.  The average selling price over the same period was up by 14.1 per cent.

The difference in the annual growth rates for the MLS® HPI and average price was largely due to a greater share of high-end detached homes sold in the regions surrounding the City of Toronto this year compared to last.  The MLS® HPI removes the impact of shifts in the share of different property types sold from one year to the next.

“Market conditions in January were tighter compared to a year earlier, with an annual increase in sales up against a decline in listings.  This is why growth in the MLS® HPI benchmarks continued to be strong, especially for singles, semis and townhouses, where there has been a persistent lack of inventory,” said Jason Mercer, TREB’s Director of Market Analysis.