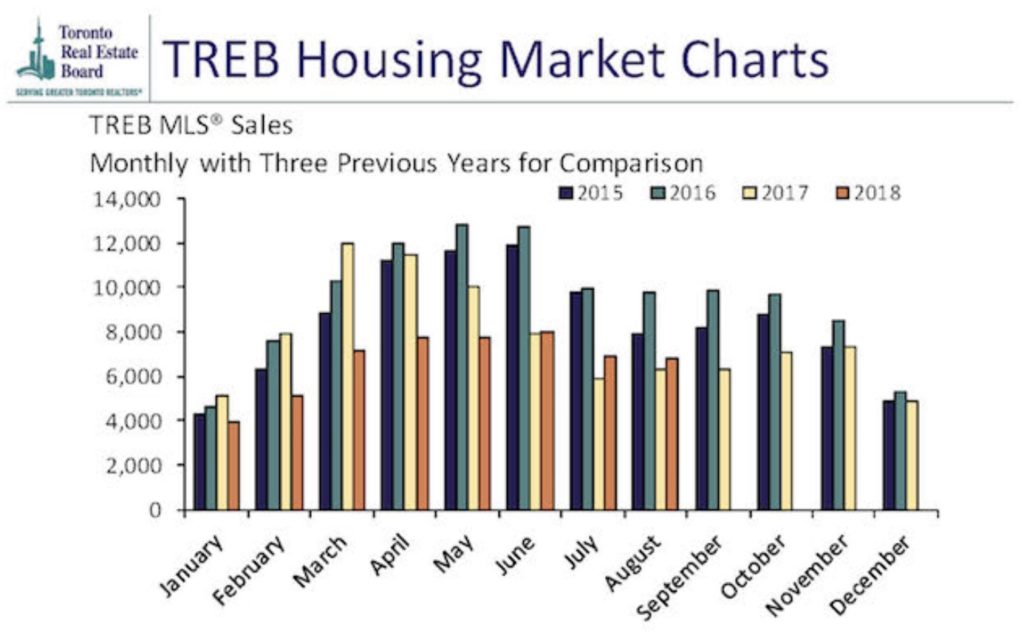 Both the average selling price, at $765,270, and the MLS® Home Price Index Composite Benchmark for August 2018 were up compared to the same month in 2017, by 4.7 per cent and 1.5 per cent respectively.  The average selling price increased by more than the MLS® HPI Composite due, at least in part, to a change in the mix of sales compared to last year.  Detached home sales were up by double digits on a year-over-year percentage basis – substantially more than many other less-expensive home types.

“It is encouraging to see a continued resurgence in the demand for ownership housing.  Many home buyers who had initially moved to the sidelines due to the Ontario Fair Housing Plan and new mortgage lending guidelines have renewed their search for a home and are getting deals done much more so than last year.  In a region where the economy remains strong and the population continues to grow, ownership housing remains a solid long-term investment,” said Mr. Bhaura. 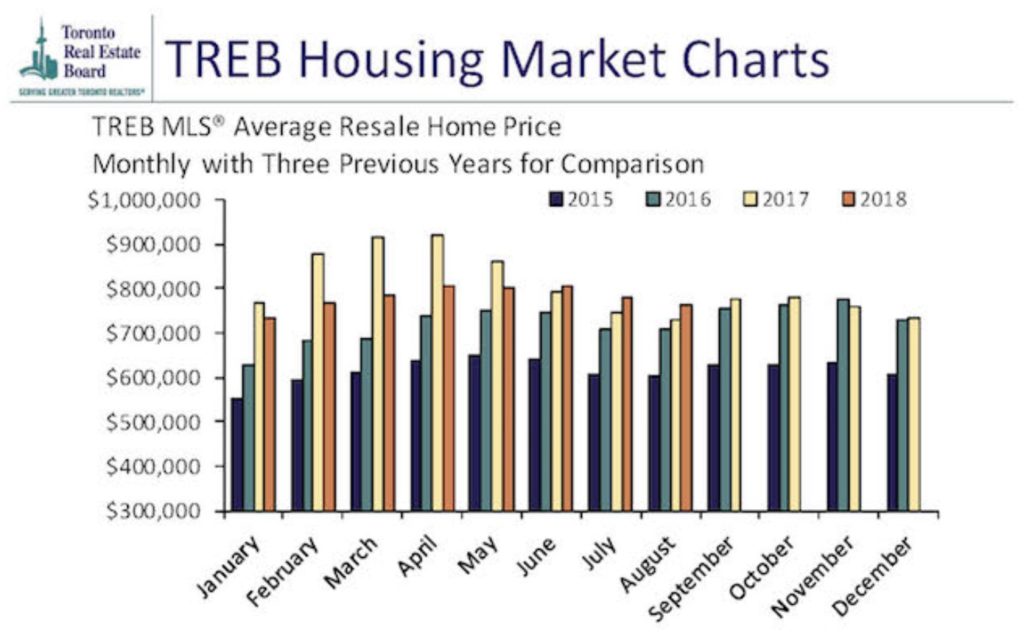 Month-over-month sales and price growth also continued in August.  On a preliminary seasonally adjusted basis, August 2018 sales were up by two per cent compared to July 2018.  The seasonally adjusted August 2018 average selling price was down slightly by 0.2 per cent compared to July 2018, following strong monthly increases in May, June and July.

“Market conditions in the summer of 2018, including this past August, were tighter than what was experienced in the summer of 2017.  In August, the annual rate of sales growth outpaced the annual rate of new listings growth.  We only have slightly more than two-and-a-half months of inventory in the TREB market area as a whole and less than two months of inventory in the City of Toronto.  This means that despite the fact the sales remain off the record highs from 2016 and 2017, many GTA neighbourhoods continue to suffer from a lack of inventory.  This could present a problem if demand continues to accelerate over the next year, which is expected,” said Jason Mercer, TREB’s Director of Market Analysis.

With municipal elections just over six weeks away, TREB is highlighting key housing issues for the public to consider when voting and is providing an opportunity for voters to communicate about these issues with election candidates through a new web site: UnLockMyHousingOptions.ca.

“One of the key issues facing home buyers and renters in the GTA is inadequate housing supply and choice, and one of the main reasons for this is municipal policy that unnecessarily locks up housing options.  Whether it is approval delays, inflexible and outdated zoning rules, or market distorting taxes like Toronto’s Land Transfer Tax, current municipal policies are a big part of the reason why there is not enough gentle density housing, like semis, row homes, and multiplexes, in the GTA. This ‘missing middle’ option is critical for a healthy real estate market and we are encouraging home buyers and renters to let municipal election candidates know their views through our new election campaign web site: UnLockMyHousingOptions.ca,” said Mr. Bhaura.