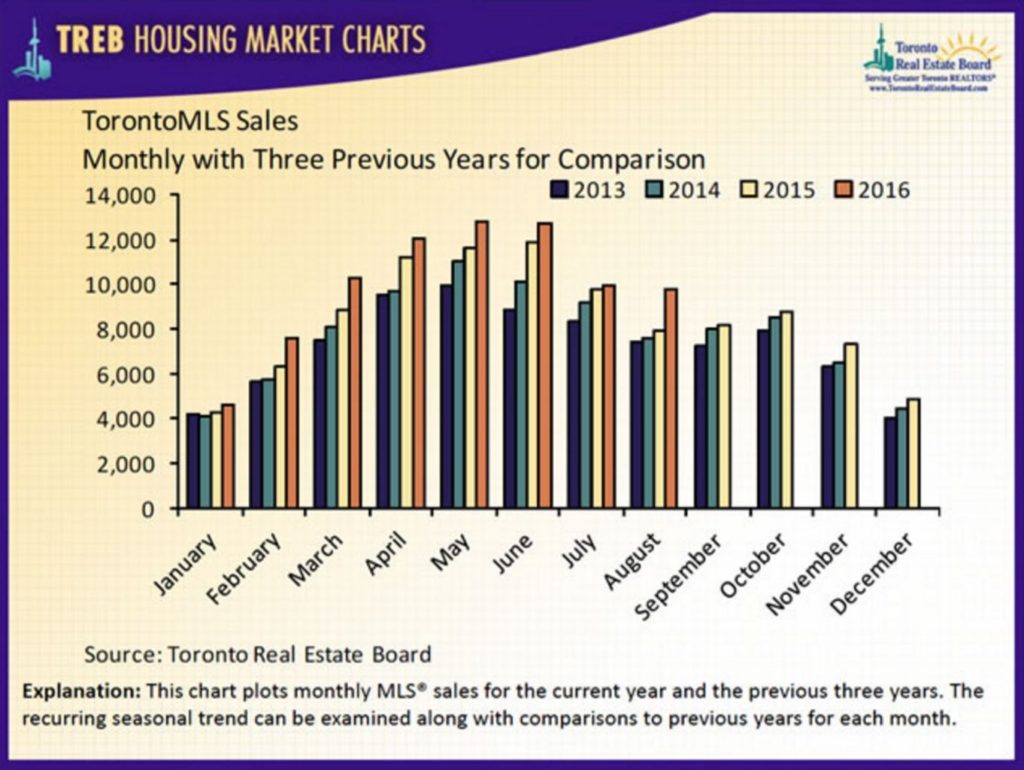 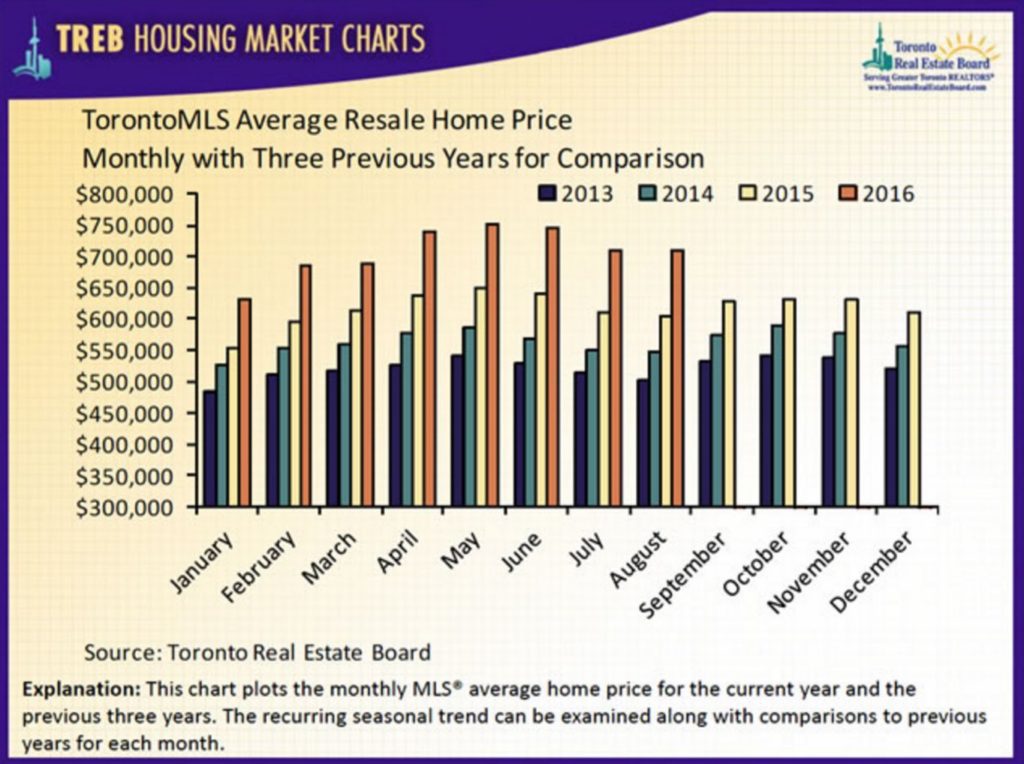 While this sales result was 23.5 per cent above the number of transactions reported for August 2015, it is important to note that the majority of sales are reported on working days and there were two additional working days in August 2016 compared to 2015.  When the year-over-year discrepancy in working days is accounted for, the annual percentage change in sales is closer to 13 per cent.

“The conditions underlying strong demand for ownership housing remained in place, including a relatively strong regional economy, growth in average earnings and low borrowing costs.  Unfortunately, we did not see any relief on the listings front, with the number of new listings down compared to last year.  This situation continued to underpin very strong home price growth, irrespective of home type or area,” said Mr. Cerqua.

The MLS® Home Price Index (HPI) Composite Benchmark for August 2016 was up by 17.2 per cent on a year-over-year basis.  Similarly, the average selling price for all home types combined was up by 17.7 per cent on an annual basis to $710,410.  Both the MLS® HPI benchmarks and average prices for low-rise home types were up by double digits percentage-wise.

“Population in the GTA continues to grow.  The resulting growth in households coupled with favourable economic conditions and low borrowing costs means that we remain on track for another record year for home sales.  Against this backdrop, TREB will also be releasing new third-party research, and consumer and REALTOR® survey results throughout the fall and winter, with discussions focusing on foreign buying activity and issues affecting the supply of ownership housing,” said Jason Mercer, TREB’s Director of Market Analysis.