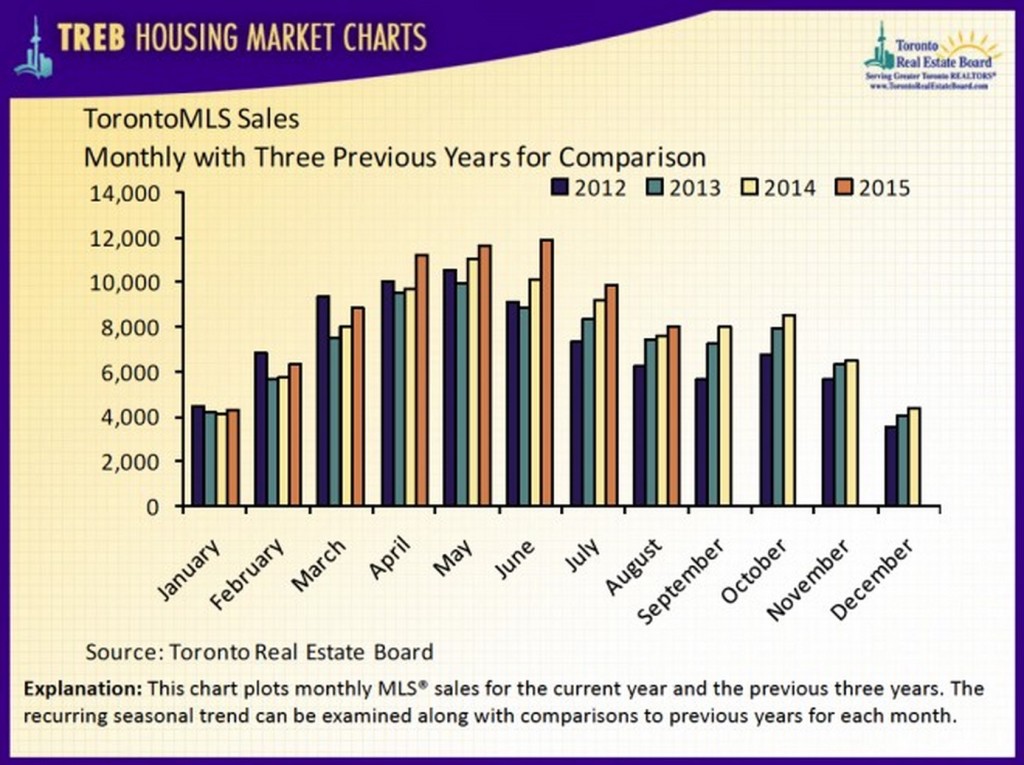 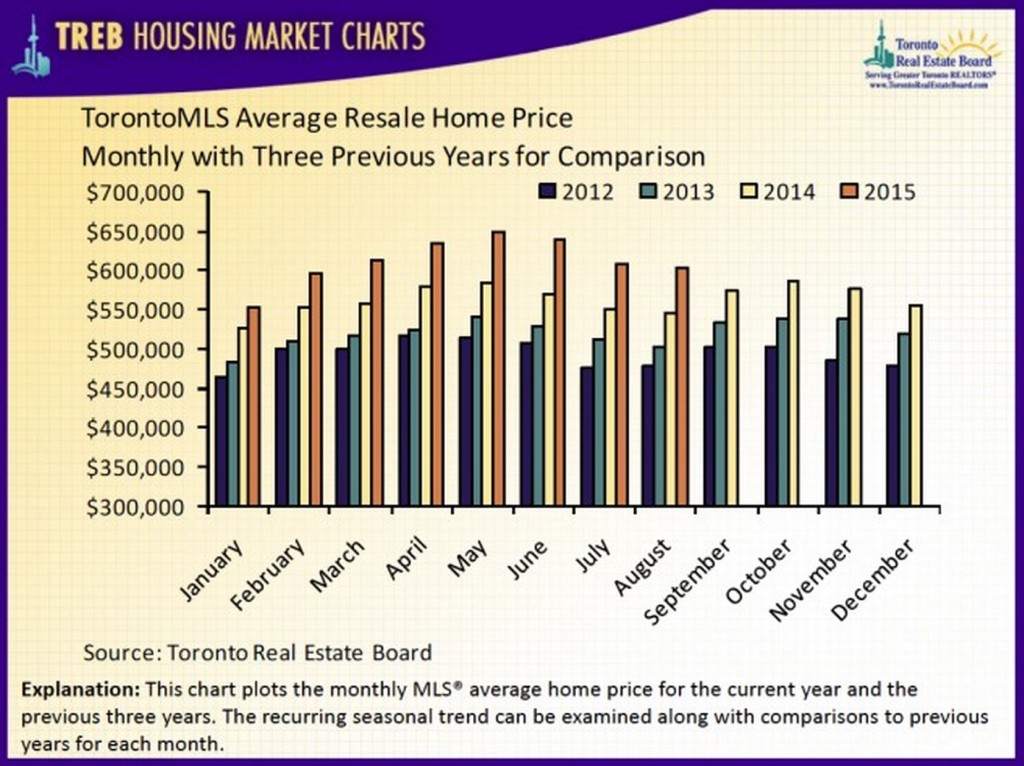 TORONTO, September 4, 2015 — Toronto Real Estate Board President Mark McLean announced that Greater Toronto Area REALTORS® reported 7,998 residential transactions through the TREB MLS® System in August 2015. This result represented a 5.7 per cent increase compared to 7,568 sales reported in August 2014. On a GTA-wide basis, sales were up for all major home types.

“Buyers in the GTA remain confident in their ability to purchase and pay for a home over the long term.  They see ownership housing as a quality investment that has historically produced positive returns while at the same time providing owners with a place to live in their chosen community,” said Mr. McLean.

Both the MLS® Home Price Index (HPI) Composite Benchmark and the average selling price for all home types combined were up substantially in August compared to the same period in 2014, with both increasing by approximately 10 per cent year-over-year.

“A record year for home sales continued to unfold in August as competition between buyers exerted upward pressure on selling prices.  It was encouraging to see annual growth in new listings outstrip annual growth in sales, but we will need to see this for a number of months before market conditions become more balanced,” said Jason Mercer, TREB’s Director of Market Analysis.