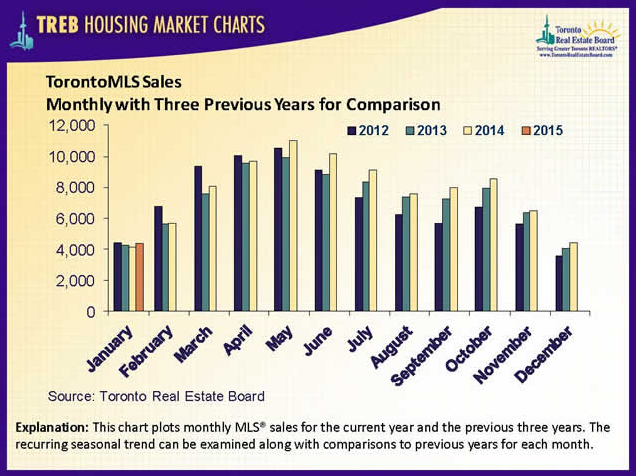 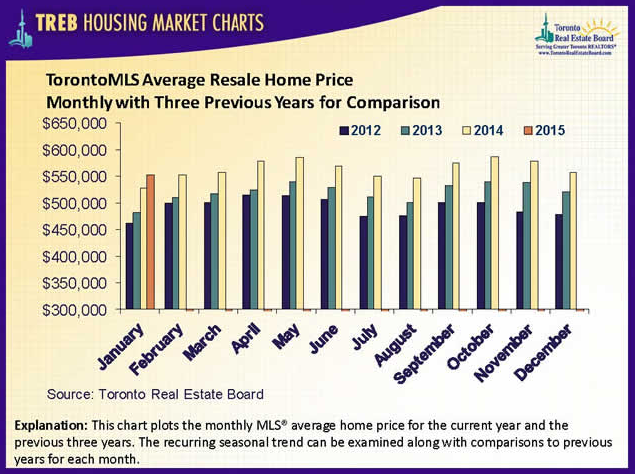 TORONTO, February 4, 2015 — Toronto Real Estate Board President Paul Etherington announced a strong start to 2015, with robust year-over-year sales and average price growth in January. Greater Toronto Area REALTORS® reported 4,355 home sales through the TorontoMLS system during the first month of the year. This result represented a 6.1 per cent increase over January 2014. During the same period, new listings were up by 9.5 per cent.

“The January results represented good news on multiple fronts. First, strong sales growth suggests home buyers continue to see housing as a quality long-term investment, despite the recent period of economic uncertainty. Second, the fact that new listings grew at a faster pace than sales suggests that it has become easier for some people to find a home that meets their needs,” said Mr. Etherington.

“Home price growth is forecast to continue in 2015. Lower borrowing costs will largely mitigate price growth this year, which means affordability will remain in check. The strongest rates of price growth will be experienced for low-rise home types, including singles, semis and town houses. However, robust end-user demand for condo apartments will result in above-inflation price growth in the high-rise segment as well,” said Jason Mercer, TREB’s Director of Market Analysis.